Colin Kaepernick protest as seen by the American Social Networks 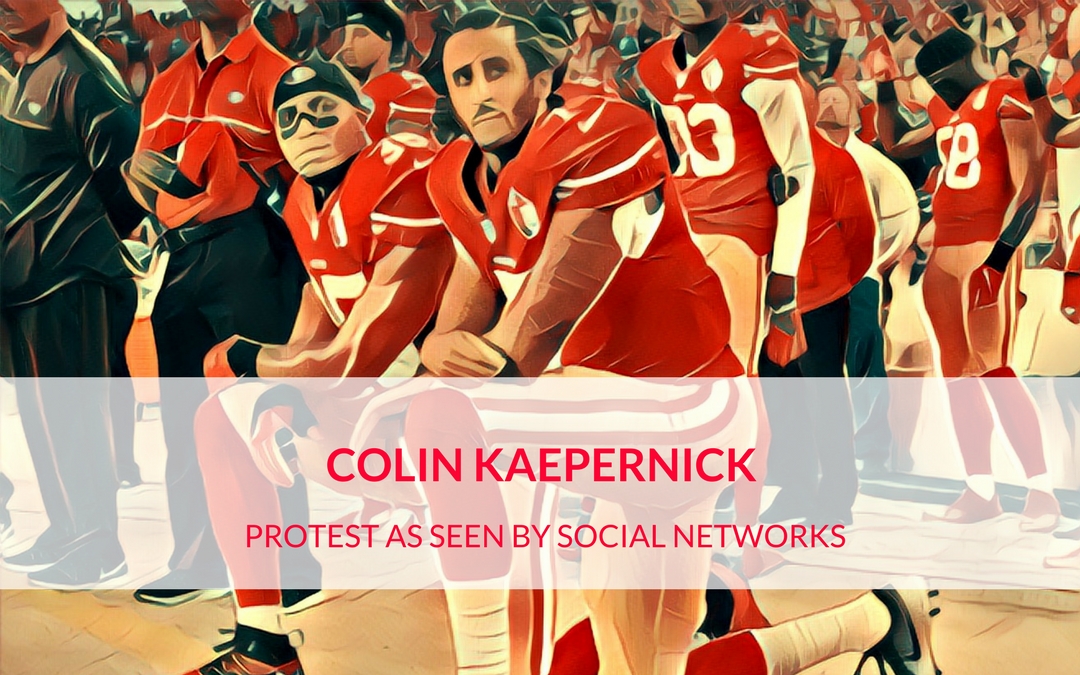 The name Colin Kaepernick probably sounds completely new to anyone who doesn’t follow American Football… Or maybe not? Colin is (or better, he was..) a professional player in the American League, an extremely popular sport on the other side of the ocean. Colin is not just a player: he is a quarterback, the most important for famous teams like the San Francisco 49ers. A player capable of pulling his teammates to the 2102 Super Bowl and, even if the team lost in the end, he performed like a true leader during the game.

‘Times change though and, in the few years, Colin’s glory days seem to have ended for a number of injuries and strategic choices that nowadays prefer QBs who don’t throw the ball that much that eventually made him a ‘free agent’, meaning a player without a contract. However, the element that changed his personal and professional life the most that the social protest that he is conducting since the 26th of August 2016. Coli, before a preseason game against the Green Bay Packers, decided to remain seated during the American national anthem, a sacred moment in the US. A form of protest that has now evolved and that makes him listen to the song on his knees to protest, according to him, the lack of respect towards the colored population. During an interview with the NFL Media he explained:

I won’t be standing to demonstrate my respect for the flag of a country that oppresses the black people and other ethnic minorities. For me this more important than football and it would be selfish to look on the other side. There are people killed on the streets and people who get away with it.

The continuation of this protest has fired up the hearts of a country that in recent times has seen a worrying increase of racial attacks, and that has found much approval as well ad heavy criticisms. On one side there are people who see in Kaepernick a hero who is giving voice to many, and on the other there are people that can’t forgive him the disrespect towards the flag and therefore towards the Country.

However, here at the Social Bar we like to talk about web.

5,353,656 posts have been published on the subject, a clear demonstration of the interest generated by the topic. Amongst these the majority of them (1,437,814) were published in the first week from the beginning of the protest but, even if in smaller numbers, the Kaepernick topic has been alive all year and still a source of debates.

If we look at the actual words used in these conversations, word cloud can give us a pretty insight at the themes connected to Kaepernick’s protest. 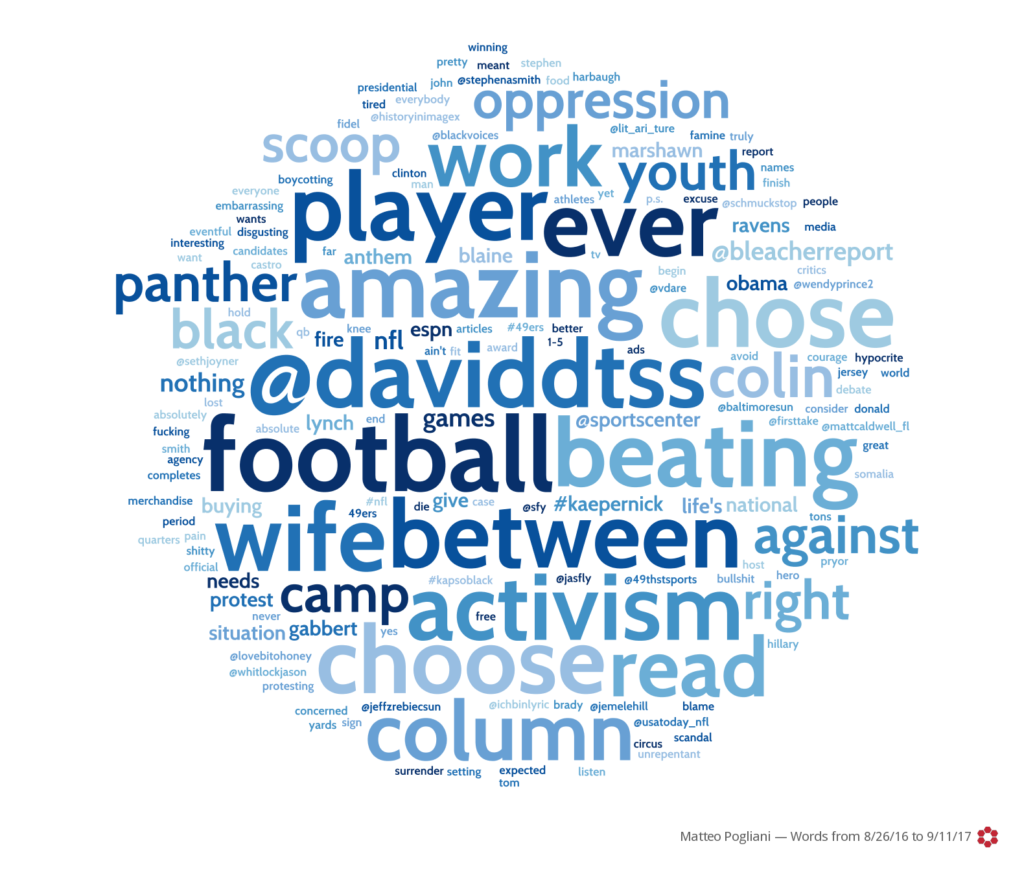 The strong presence of terms such ACTIVISM and OPPRESSION already offer a sense of the overall debate, showing how Kaepernick’s topic goes well beyond football. Also interesting the presence of a Twitter account @daviddtss. David Dennis Jr. is a famous activist for civil rights who supported straight for the beginning Colin position on the matter. @daviddtss appears thanks to the sharing of some of the pro-Kaepernick tweets like:

It’s amazing how Kaepernick “chose” activism over football but no player ever had to choose between beating his wife and football.

David’s support has eventually reached a boycott of the NFL and everything connected to it until Colin won’t find again another team. Many believe (and many off-the-record comments from managers seem to go in this direction) that NFL teams are intentionally staying away from Kaepernick because of his activism outside the field (and because of the pressures from the controversial Donald Trump). It’s difficult not to agree with this opinion as many other less talented players than Kaepernick seem to find sign contract much more easily

If Kaep can risk his career for our rights I can drop the NFL until he’s signed. https://t.co/0ma8XHEsHi

If we analyze the situation with Twitter, one of the bigger channels regarding volume, we find that Kaepernick and NFL’s accounts are obviously the most mentioned but we also have a few surprises. In fact, we can find out how the president Donald Trump – in an open dispute against the player after Kaepernick expressed not-so-positive opinions towards him) and Stephen A Smith, a TV sports journalist also very harsh towards Colin and his intention not to vote for the presidential election.

“For him not to vote…as far as I’m concerned, everything he said meant absolutely nothing!”

Amongst the top hashtag, very interesting is the presence of #blacklivesmatter that shows immediately the background of the protest and the intention to defend the civil rights of citizens of color.

Also among the most retweeted content, we can see many pro-Kaepernick posts, especially one from Chuck Moiano, famous journalist and sports fan.

This shirt is better than any article ever written on Colin Kaepernick. pic.twitter.com/9TVXxN6VF4

and another one from Shannon Sharpe, ex-Football champion who posted the video of an African-American, explain how this phenomenon is the origin of Colin’s protest.

AMERICA, this is why Kaepernick took that knee. IF* making it about the flag and vets helps you sleep better. By all means, help yourself. https://t.co/E7PMKxa7lv

What’s the social media sentiment towards Kaepernick and his battle? Analysing the content from the beginning of the protest till today we can see how the users seemed to be fairly divided but with a slight prevailing sentiment pro-Kaepernick (37%). The content against Kaepernick’s position is around 29%, a clear but not overwhelming minority. 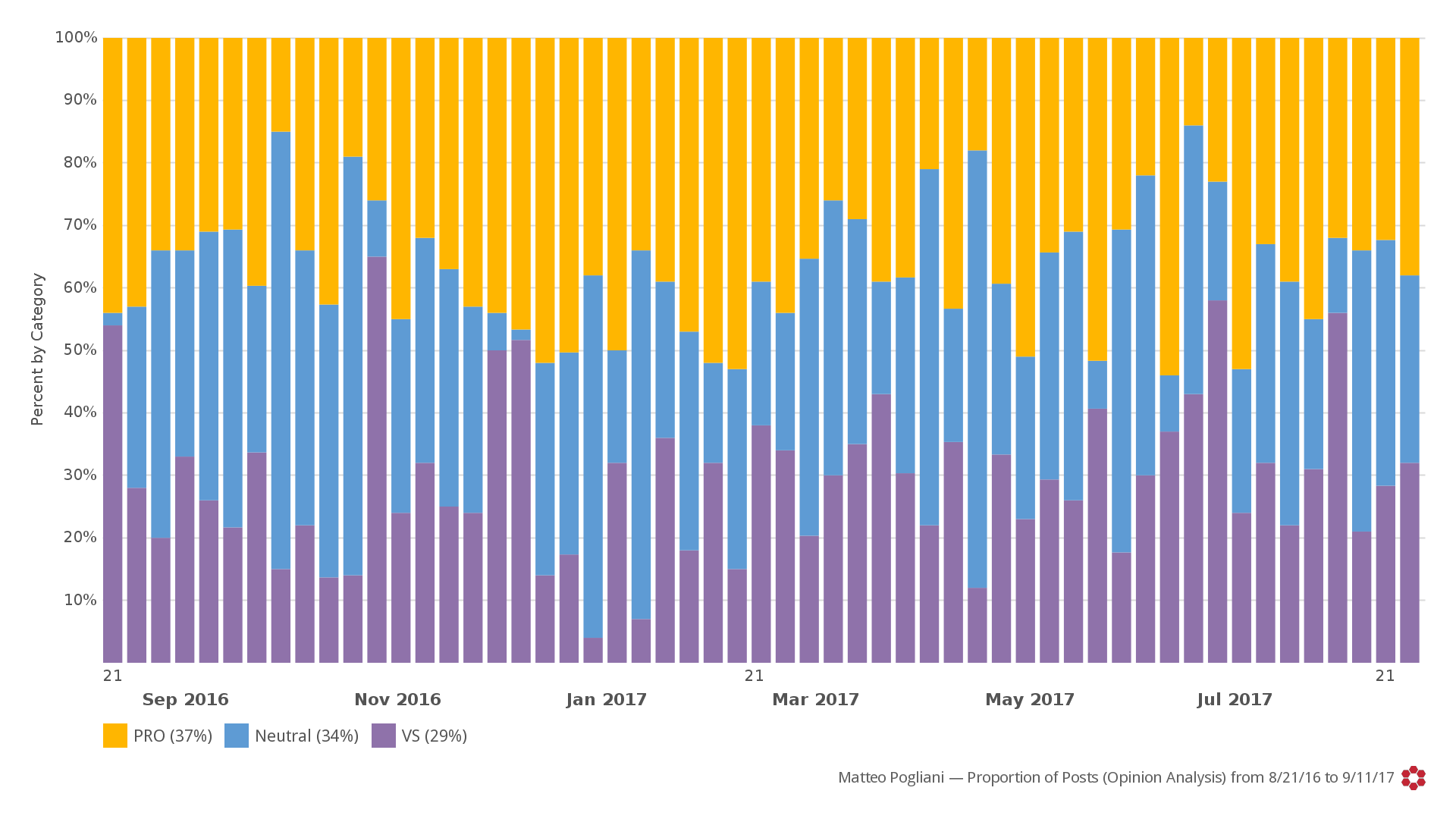 The figures seem to be very similar to the ones at the beginning of Kaepernick protest, even if the positive content was slightly higher at that time 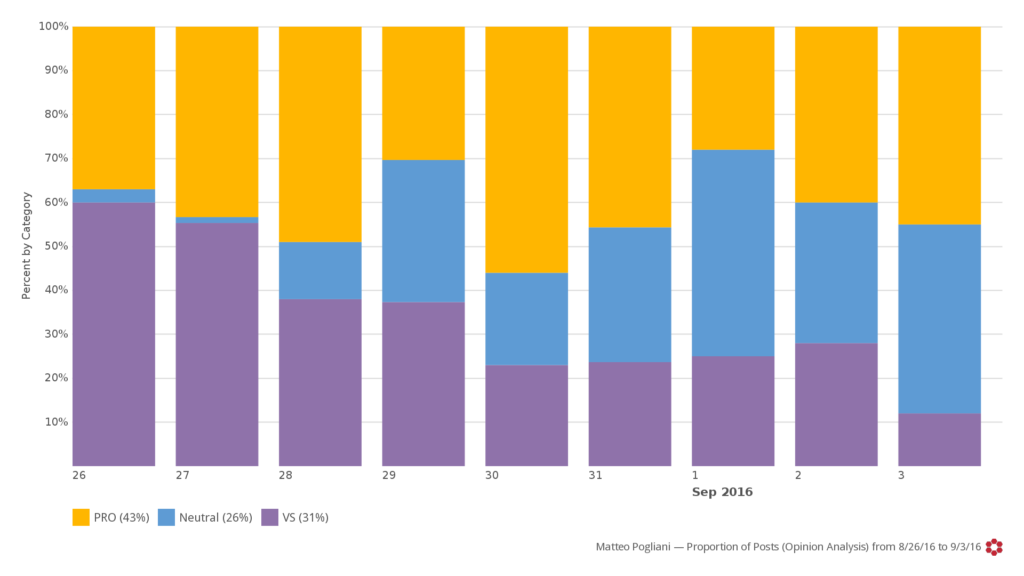 Over the course of the months, Colin’s protest has been analyzed by many other journalists and established commentators that increased the number of more neutral content.

The US states more involved in the ‘Kapernick’ social media debate are obviously California, 49ers’ state, Texas and New York 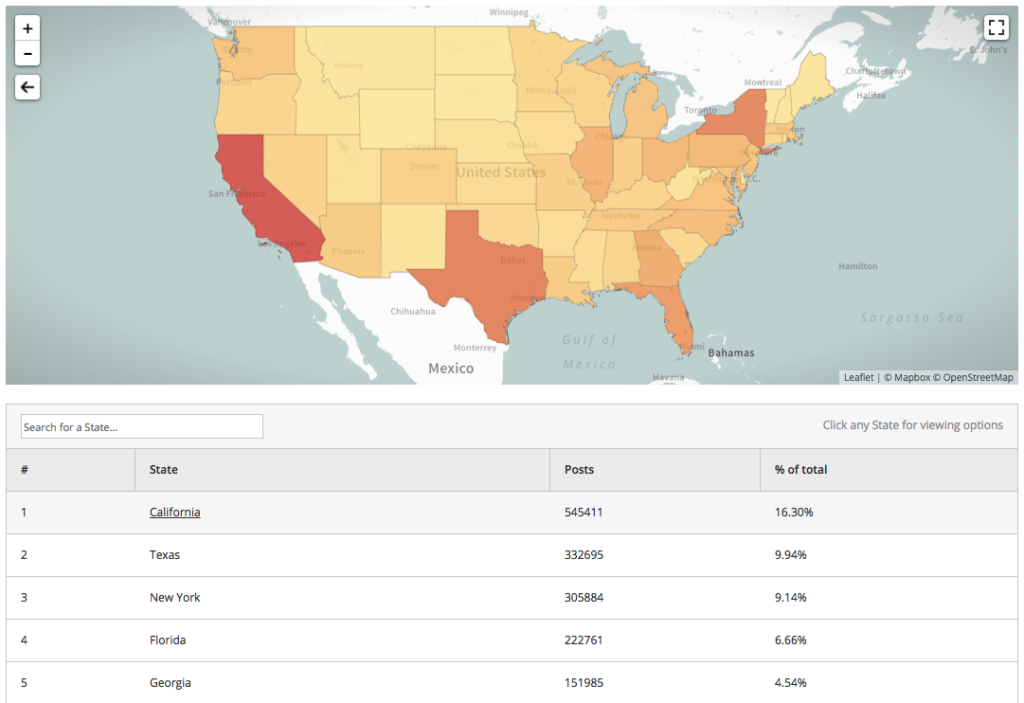 From a demographic perspective, men seem to be interested in the conversation probably given by the environment of this debate.

It’s harder to analyze the data From an ‘age’ perspective as it has been possible to establish this only for 17% of the content taken into consideration. Having said that segments more involved in the conversation (40% of the total) is the 35+ (predictable given the complexity of the issue) followed the 31% of 18-24 (very active on social media). However, the distribution of content seems pretty spread quite evenly without particular picks 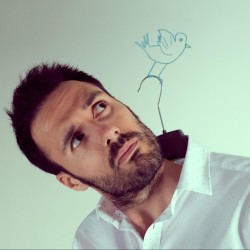